"You're allowed to be humiliating, degrading and hurtful. I'm allowed to petition you to at least recognize what you say and be aware of the option you have to stop." Tim Shriver

"The Wolf of Wall Street" - What Does It Have To Do With Super Joe?

This is a point of view we have emphasized since Joey was starting to roll over. As a family, we decided that we would speak to Joey as if he understood every single word we said and that we would hold him to the same expectations for behavior as we do our older son. 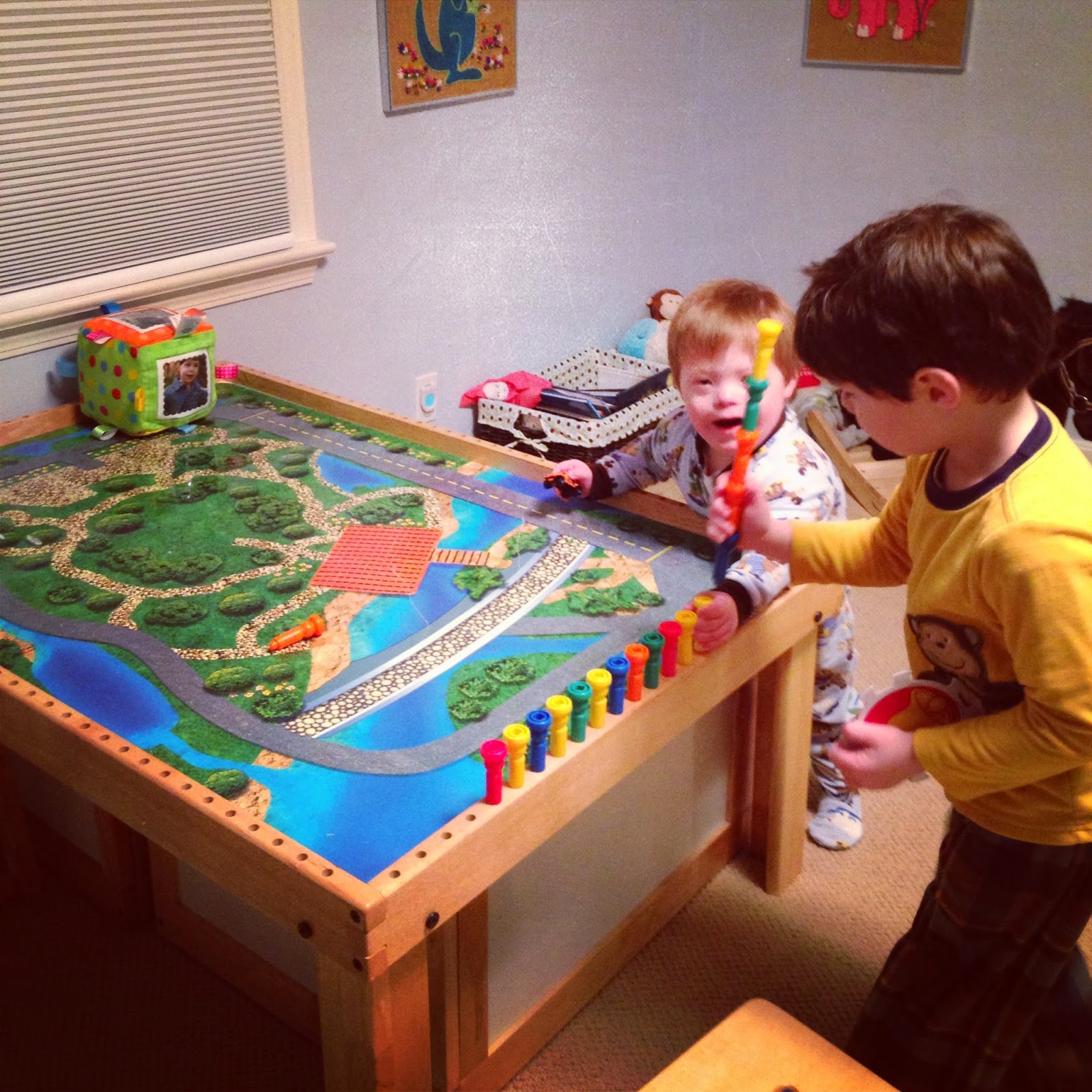 The problem is when you have a child who is non-verbal or who has delayed language skills it is hard to help everyone around that child understand that although the child may not be able to verbally express his or her feelings, the child does understand and comprehend far more than any of us know.

We have had to part ways from two different therapists who were treating Joey for this very reason. One therapist called herself "retarded" in front of Joey and I during a therapy session and when I asked to please not use that word in front of Joey or any of her clients, she denied ever saying it. A different therapist said that Downs kids who were stubborn might be cute when they were 2 or 3-years-old, but not when they are 8-years-old. It was such a bizarre statement and it was only her, Joey and I in the treatment room. We also parted ways for the very reason that we believe that Joey's "receptive language" exceeds his "expressive language" and it is possible that it might always. 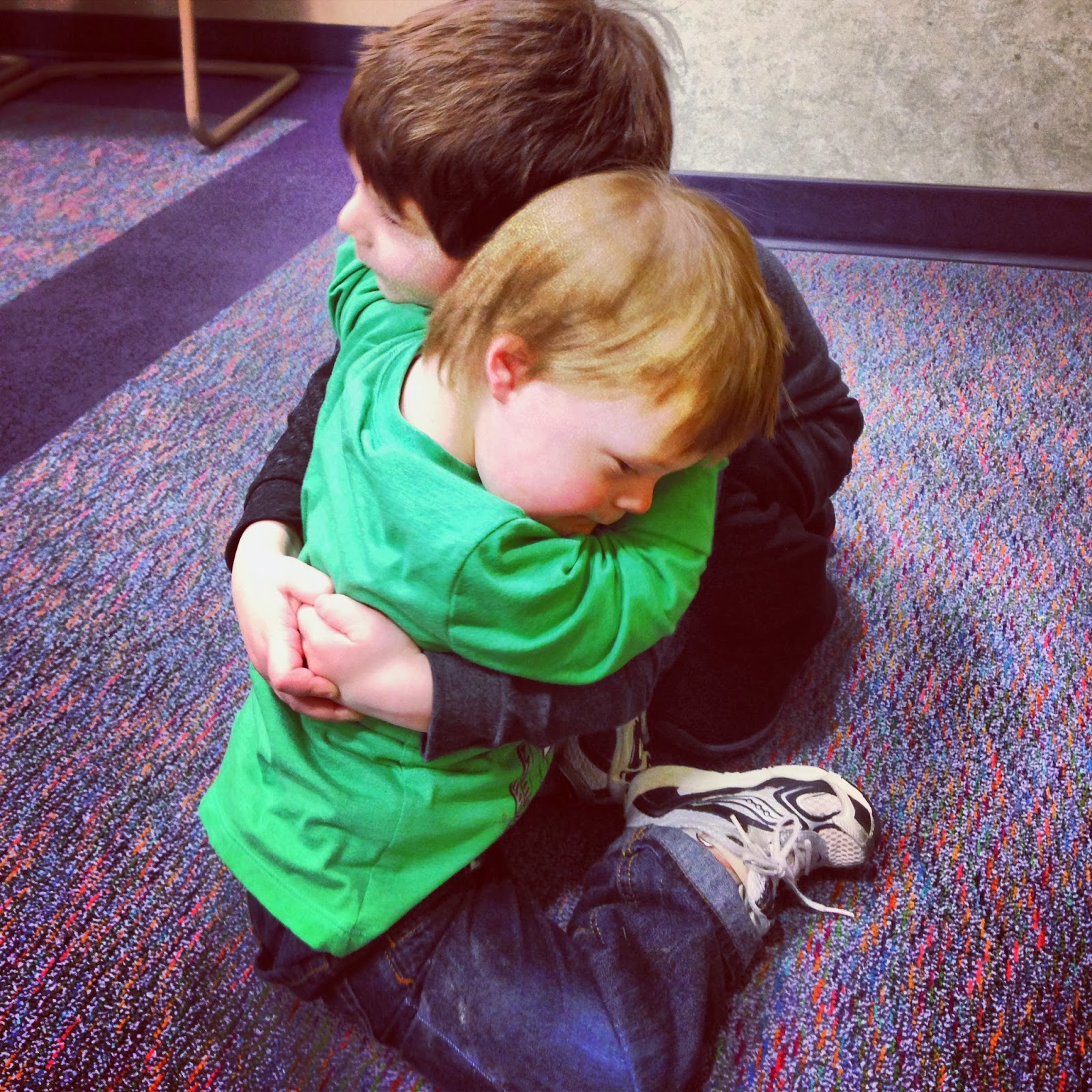 Part of the challenge of having Down syndrome is that it can take some individuals a second or two longer to process a conversation and respond. In a world where we all (myself included!) rush through our days and our conversations, that extra processing time can cause frustration and communication difficulties.

For Joey's sake, we continue to try and emphasize to everyone we know and interact with that while he may not have a quick answer to your question or comment, he more than likely understands the comment and if given enough time to process it he may have his own response. For us, we struggle to bite our tongues and not fill in all the blanks for him.  For us, we struggle with giving him the time and energy he needs to come up with his own answers.

Did you ever know someone in school who was very quiet and who did not talk or participate in class? Some might say that the person was "painfully shy" or "socially awkward" in group settings. Maybe you were the quiet one. I know I was when we moved to a new town in 3rd and then again in 6th grade. Did you ever notice how the quiet person kind of just disappeared? How they were sometimes marginalized because they did not offer anything to the discussion? Sometimes being quiet can be equal to being forgotten about. 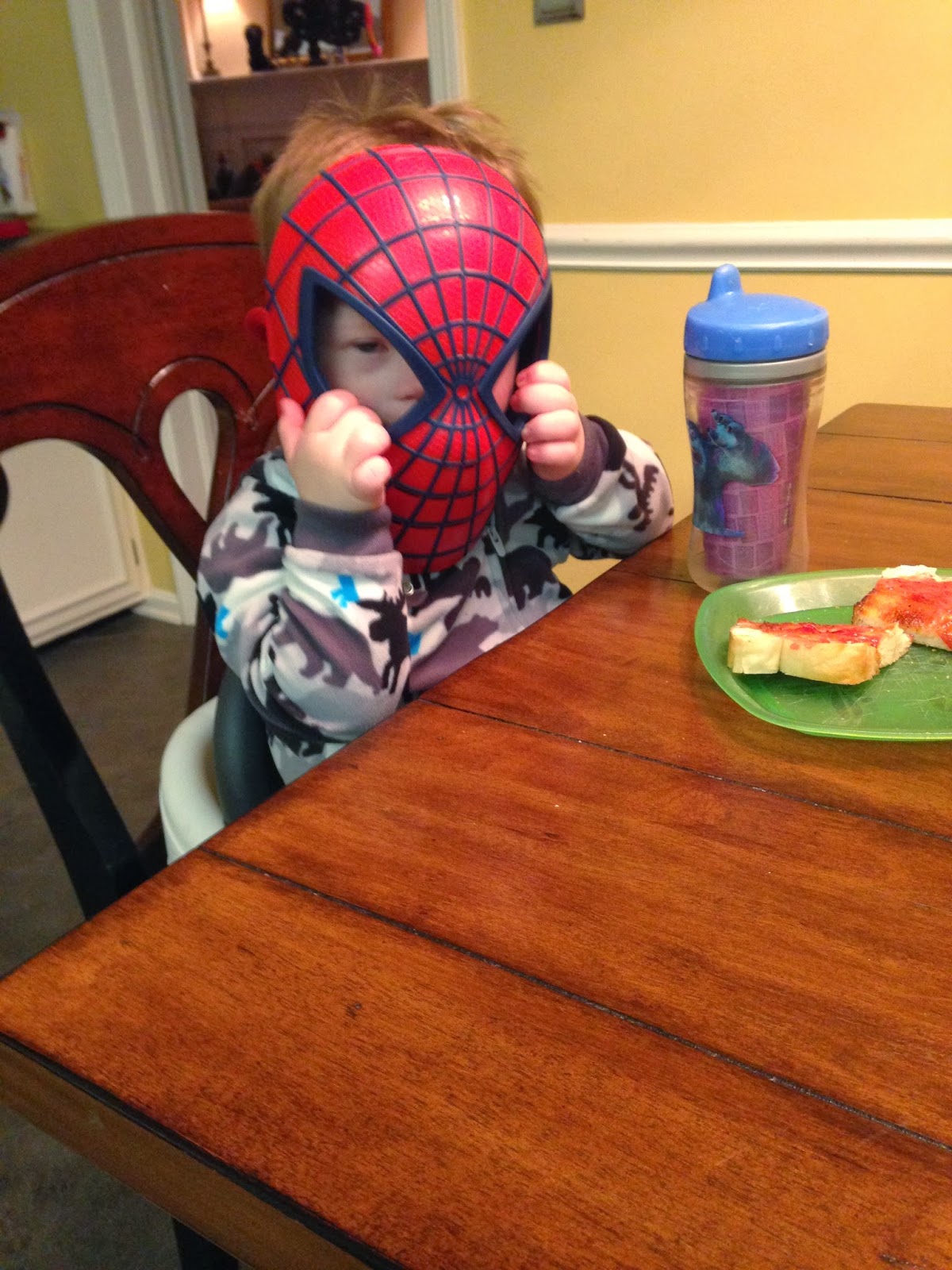 For Joey and for others, being quiet or taking time to respond does not mean he is not interested or shy, it just might mean he needs a little bit longer to figure out his response. Being quiet or having difficulty communicating also does not mean that the person can not hear or comprehend what is being said. That is the real danger I fear. That others will think that because Joey doesn't immediately respond, people will think he doesn't understand. 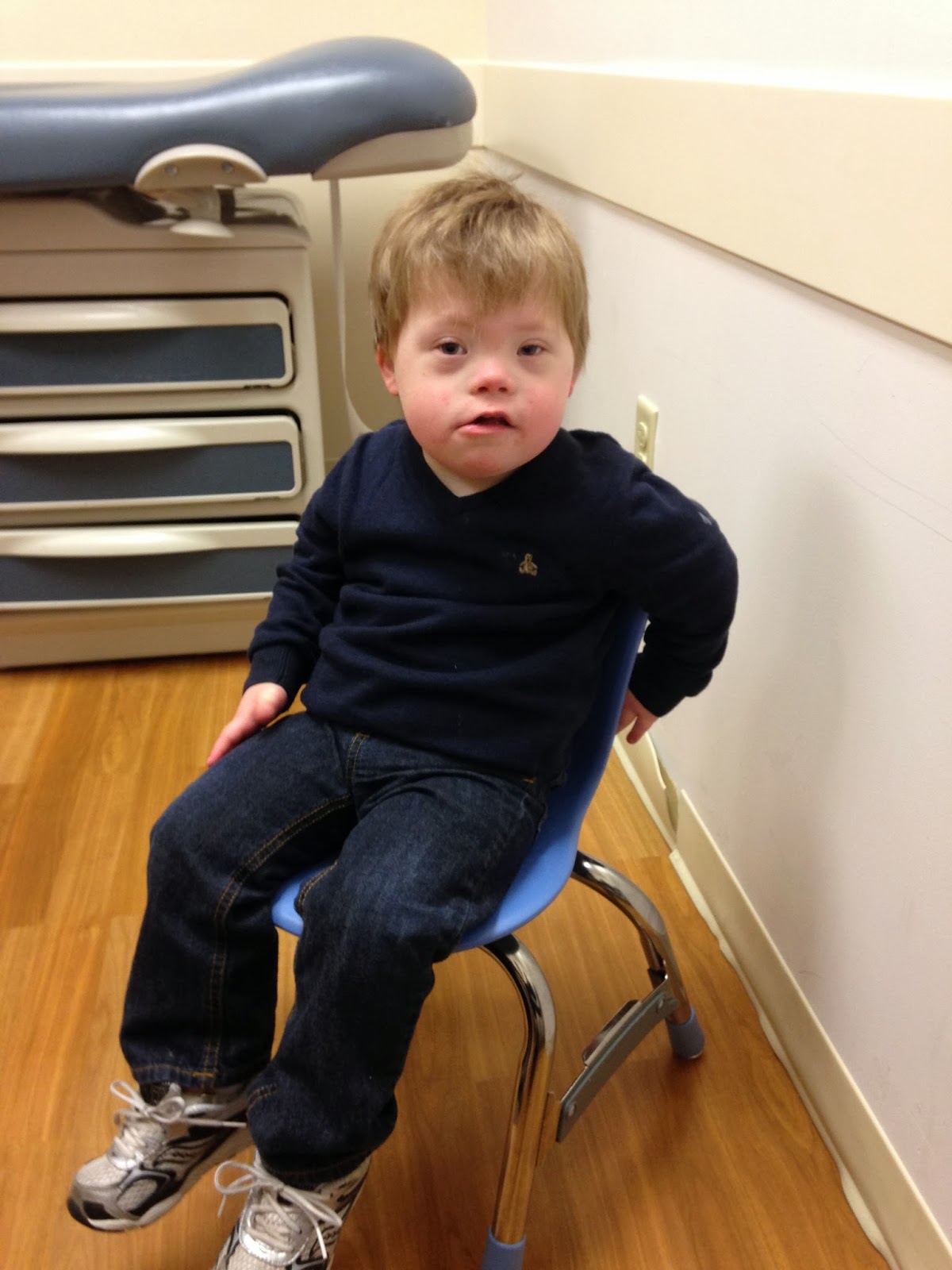 His Godmother observed him over Christmas Break and she was especially pleased by his progress and by his ability to listen to and follow directions as well as respond to conversations around him. It's been breathtaking to witness.

He now knows at least 60-70 signs and he uses about 100 different words. He is also able to mimic almost any word we say to him! Slowly, but surely Joey is showing us just how much he does know about his world and surroundings. He says new words on a daily basis as opposed to when it used to be only every few months that we would hear a new word from him. 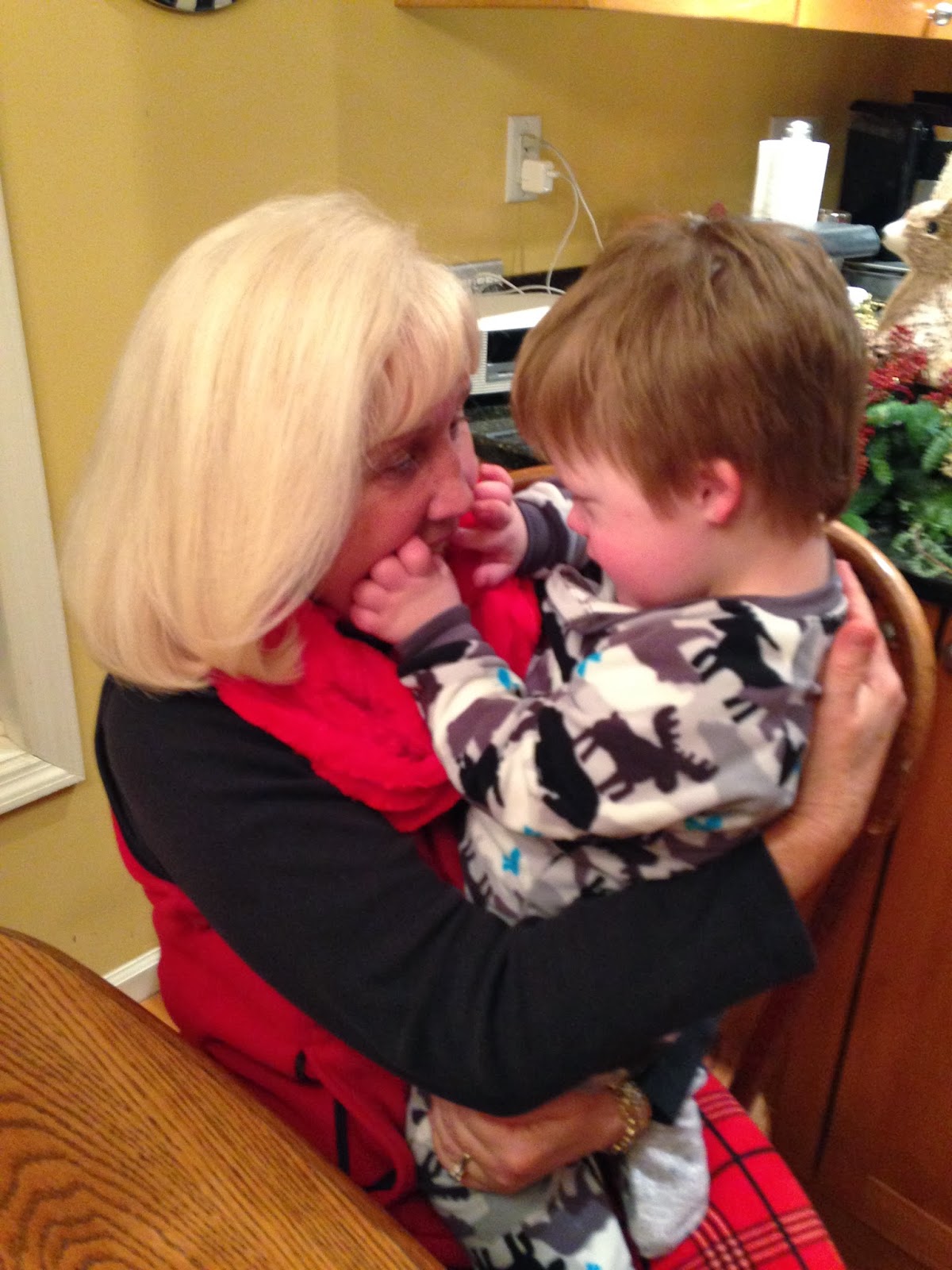 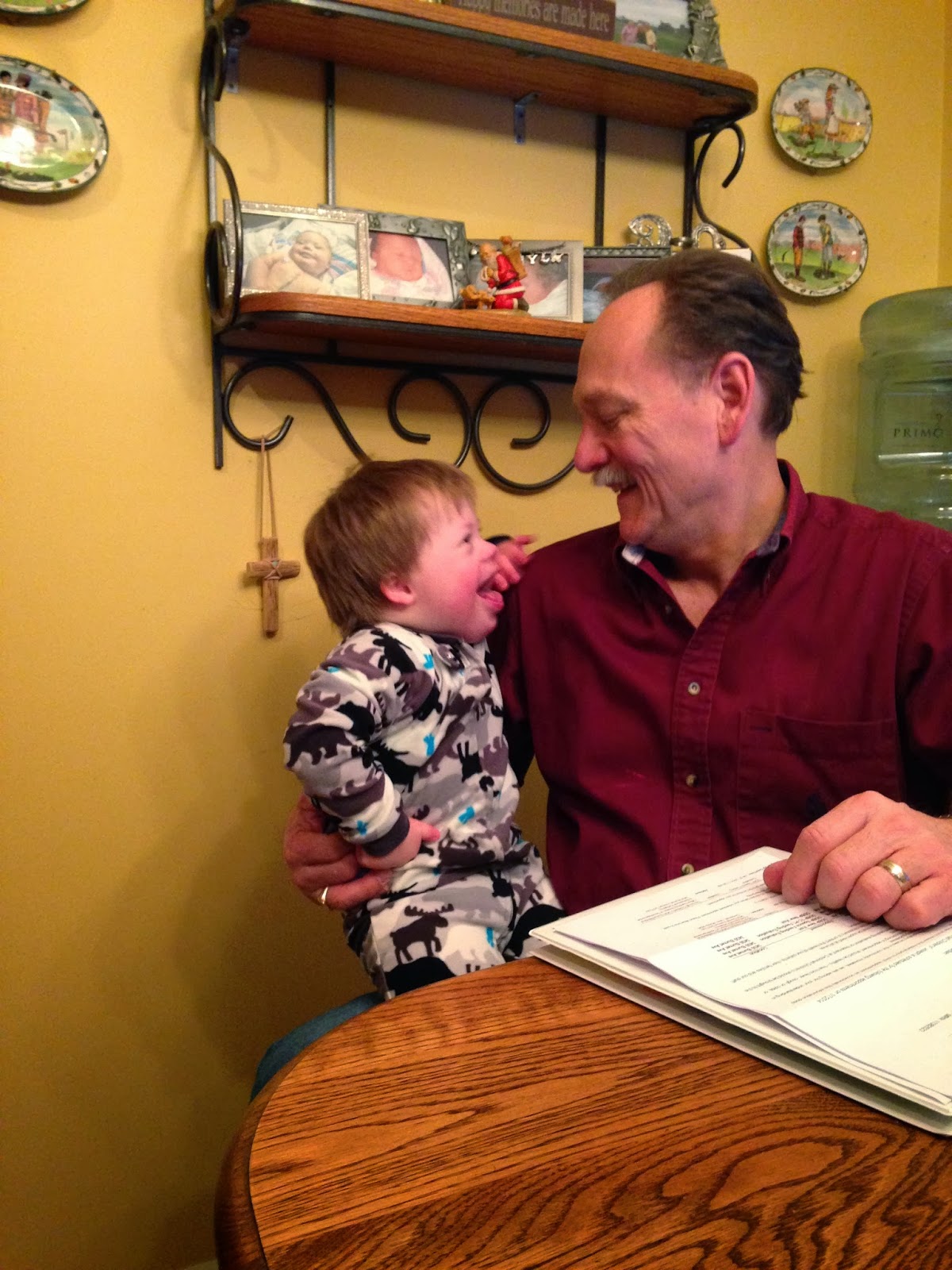 One of the most exciting words he now says is, "Walk!" He will come and get my hands and say "walk"and then he has me hold his hands as we walk together. It's only mid-January, but 2014 has been incredible so far. So, to the question of what does "The Wolf of Wall Street" have to do with Super Joe?


Fortunately, the actual story as shown through the eyes of Martin Scorsese has nothing to do with Joey.

Unfortunately, the way the story is told has far too much with how society thinks it is okay to marginalize and mock individuals like Joey who happen to have developmental disabilities.

While Hollywood and those who award the actors and directors in it ("The Wolf of Wall Street" has received 5 Oscar nominations) seems unwilling to ever stop using the word "retarded" or to stop mocking individuals with disabilities, it would at least be helpful to provide moviegoers with a warning in the rating system. Perhaps an "MD" rating that means a movie Mocks Disabilities would work. At least then the consumers who have a disability, have a child with a disability or know someone with a disability would have the choice to not see the film.

The film is based on the life of New York stockbroker Jordan Belfort who was convicted of fraud and spent 22 months in prison. Leonardo DiCaprio stars as Belfort and Jonah Hill plays his sleazy minion, Donnie Azoff.

We went to the movie with another couple and after the movie they asked me if we wanted to leave after the scene using the R-word. While I always want to leave movies that use the R-word, I now take it as an opportunity to tell others about the movie and to help give them the option to choose to not to waste their money on the movie if they so choose.

So with that spirit in mind, we stayed despite the following sickening scene that literally caused our little row of the four of us to go into an awkward and palpable silence because we each knew that if this character had a child like our own son, he would have disregarded him as less than a human.

In this scene Belfort asks Azoff  about the rumors that Azoff is married to his first cousin. Azoff confirms that he did indeed marry his first cousin basically because she was hot. He then goes on to ask Azoff if his kids are okay. And then Azoff  says that yes, his kids are fine and they aren't like "retarded" or anything. Besides, if they were "retarded" he would "drive north" and let the kid "loose in the woods." That he would say to them, "You're free, you're free now!" Azoff then goes on to say that if their kids were actually "retarded" he would put them in an institution for life.

As Michelle "Izzy" Galgana writes in "Why The Wolf of Wall Street Is A Horror Movie", "Just let that sink in a little."

In another scene, the Belfort character consumes so many expired Quaaludes that he has to crawl back to his Lamborghini in what he recalls is a "cerebral palsy phase" as he narrates the scene. It was as shocking a comparison as it was disgusting and out of place. I know the age-old arguments that others will make- freedom of speech, artistic license, it's just words, it's just a movie and on and on.... to those  arguments I say the following:

The Arc and United Cerebral Palsy released the following statement in response to the movie:

“The Wolf of Wall Street is getting a lot of attention for how it offends audiences on many levels, but one aspect that hasn’t been discussed is its use of the r-word and its unacceptable mockery of people with cerebral palsy.  Hollywood just doesn’t seem to get it.  More than five years after people with disabilities protested at theaters across the country against Tropic Thunder, a film which included a highly offensive portrayal of people with intellectual disabilities, the industry is still using language and jokes that hurt audience members and don’t add any value to the artistic intent or point the film is trying to make,” said Peter Berns, CEO of The Arc. “Among moviegoers who have paid to see The Wolf of Wall Street in recent weeks are people with disabilities, their parents, siblings, and friends.  It’s time for Hollywood to wake up and see that their customers deserve better.”
“The Wolf of Wall Street’s gratuitous use of an offensive term for people with disabilities, as well as its depiction of cerebral palsy, is outrageous. For more than 60 years, UCP has been working to ensure that people with cerebral palsy and other disabilities can live their lives without limits—including equality, inclusion and respect in our society—but it is very clear that our fight is far from over,” said Stephen Bennett, President and CEO of UCP.“While we understand that the film’s content is deliberately distasteful and excessive, it does not excuse it. It is astonishing that the film’s producers, director and actors deemed this kind of language and portrayal to be acceptable—they can do better, and we urge them to.
They are so very right. We deserve better movies. As consumers, as humans, as parents, as individuals, as advocates, we deserve better. People with disabilities DO deserve equality, inclusion and respect in our society and the Arc and UCP is right- our fight is far from over.

The only thing I disagree with in their statement is the final line. In it they say they urge film producers, directors and actors to do better. I say we demand they do better. Our kids, our family members, our friends and our communities deserve it. 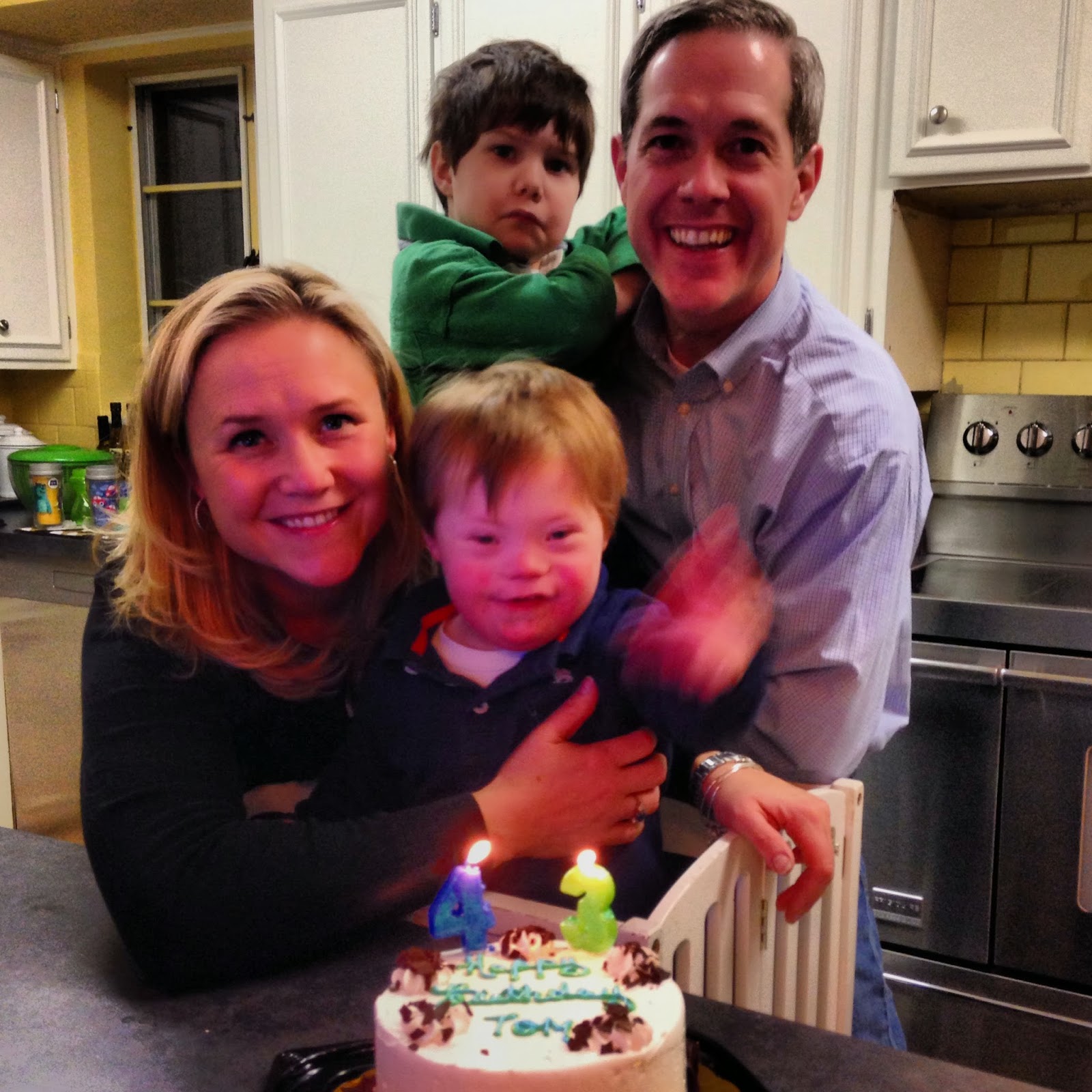 They did it! Sephora removed the Kat Von D Painted Love Lipstick titled "Celebutard"! Tweets, blogs, Facebook messages and more added up to one of the quickest responses I have seen thus far in this journey of trying to spread the word to end the word. 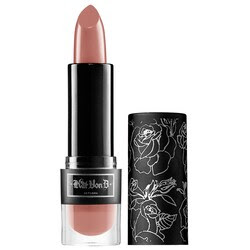 If you visit Sephora.com there is no longer a trace of the shade so insensitively called "Celebutard". . .

Is it exhausting even trying to figure out which battles you choose and which you don't? Absolutely. What's even more exhausting is the passion with which so many people have in hanging on to the word "retarded". This is just one of many, many battles, but this one has a happy ending, an ending that made me feel like doing some holiday shopping.


If you have any beauty needs-- check out the fun deal Sephora has right now- with any $25 purchase you can pick out a fun little bag of goodies.

I'm stocking up on one of my favorites for everything from chapped lips, to raw little, runny noses-- Joey loves this stuff.  I use it on his cheeks when they get chapped in the winter wind and on his nose when it's red from being sick.


And here is another awesome stocking stuffer--

It's nice when a story has a happy ending, isn't it? Happy Wednesday and thank you again, Sephora for listening to your customers, parents, families and everyone who wants to shop in a world that respects all of our differences.
Posted by Jenny Dawn at 9:49 PM No comments:

Spread The Word To End The Word

Created by Cowgirl Up! 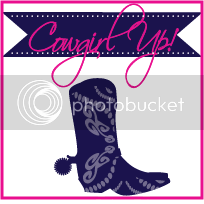 Do Something Extra this World Down Syndrome Day!